While the average software engineering job is usually very tasking, professionals tend to be well compensated. If you’re pursuing a career in this field, the salary shouldn’t even be one of your worries in the first place. This claim leads most people to ask: how much do software engineers earn exactly? 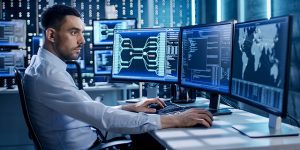 The software engineer salary on average usually doesn’t go as high as that of some other roles in the tech space for a variety of reasons. For one, software engineers are usually junior employees trying to get the necessary experience and carve out a specialty.

Also, almost every company in the United States hires software engineers, creating a big divide in their salaries. While some of these professionals earn as little as $73,000, you can earn up to $160,000 with relevant experience and a job in a big tech company.

It’s also crucial to note that the average salaries differ across different sources, depending on how they calculate it. According to Glassdoor, the average base pay of a software engineer in the United States according to the weighted average of over 300,000 salaries shows that they earn around $108,249.

However, Indeed, which is also a top source for salary aggregates place the average at a much higher $119,960. Neither of these statistics is wrong or right; it just depends on how you choose to calculate your average.

When negotiating the salary for a software engineering job, you should take more factors into account. Depending on where you’re working or where you stay, a $119,000 might be massive, or just okay enough to keep you alive.

In the following sections, I’ll outline some of the companies paying software engineers the highest and some of the cities where you should consider living as a professional in this career for the potential to get the most rewarding jobs.

Google is the company of dreams for most aspiring software engineers, thanks to the excellent work environments and the insane remunerations. It’s hard to argue that a $180,000 base salary is insufficient for whatever you’re doing at Google, isn’t it?

Of course, getting to work as a software engineer at Google is no easy task, since only the best get to work at the company. If you can manage to get in, however, you’ll qualify for free lunches, stock options, and paid vacations as part of the perks of working at Google.

Of course, Google isn’t the only company that knows how to treat its employees well. If you can get a job as a software developer at Apple, you should expect more advantages than the average Google employee will get. However, Google seems to pay a higher base salary which does matter to most people.

On the positive side, the work environment at Apple is similar to that at Google, and you’ll find yourself as a part of a company trying to revolutionize computing. Also, “worked at Apple” is one of the most coveted lines on any software engineer’s CV.

Amazon is another company that many software engineers strive to work at, especially if you’re mildly into machine learning and artificial intelligence. The pay at the company is better than average, with most software engineers earning up to $110,000 for a start.

However, Amazon has a poor reputation with its factory workers, and that might discourage you from working at the company, especially if you have options.

While your employer is the single most important factor contributing to how much you make as a software engineer, it’s crucial not to discount where you live either. If you live far away from any of the big money employers, it’s almost certain that you’ll be earning a lackluster salary.

For the best pay as a software engineer, you should consider learning and working in California. There are so many tech companies in the state, and most of them pay higher than you’d earn in most parts of the US. On the flip side, California is a pretty expensive place to live in, especially for someone with a family.

Washington is another state with a lot of companies that compensate software engineers fairly. Not only that, Washington has tons of job openings for software engineers that make it rewarding to live in the state. If you’re looking for a quick but high-paying job, this state is your best bet. 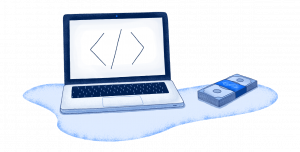 While most people don’t agree about this, the whole point of spending multiple years in college is usually to earn a decent salary. If that was your goal, you’re almost there since software engineers are some of the highest-paid professionals in the United States.

However, you also have to find a job that compensates you fairly or you’ll quickly lose passion for your job. This article outlines some of the highest-paying software engineering jobs to help you make the most of your passion.