Product management is a pretty high role in most companies, with professionals in this career earning some of the highest salaries. Over the years, more companies are realizing the advantages of product managers, driving up the demand for proficient managers significantly.

While product managers usually earn high salaries, the path to becoming one isn’t as easy as you think. Firstly, you’ll need extensive experience in business management, which comes with a mix of education and actual hands-on work experience.

Before putting that much effort into qualifying for a job, you should first know how much you can potentially make. This article will analyze the average salary of a product manager, as well as the highest paying states and companies for professionals to work at. 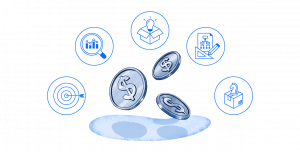 According to Glassdoor’s analysis of over 33,000 salaries, the product manager salary on average in the United States is $113,446. This is an impressive salary, especially when you compare it to the average take-home pay of the average American worker: $51,000.

While the quoted average salary is typical for a product manager, it will be a different story if you got employment in one of the big tech companies. Not only do they pay their product managers excellently, but they also offer other additional benefits that may include vacations and health insurance.

However, you can never know if you’ll be accepted until you try. In the same vein, you can never try if you don’t even know the companies I’m talking about in the first place. Here are some of the companies that pay the highest to product managers in the United States.

There is no better place to work as a product manager than Google, thanks to its numerous programs for employee development. As a product manager at Google, you can potentially earn up to $165,454, which is an insane salary for any professional working in the United States.

What’s more, you can specialize in a specific department as a product manager at Google, working with what you love best. Talking about what you love best, all Google employees can work on their projects independent of the company to further their ambitions and the collective goal of Google as a whole.

When Uber introduced its ride-sharing app, it didn’t only create a job opportunity for car owners, it also opened the doors to a hefty salary for qualified product managers. At the moment, Uber is one of the companies that pay the heftiest salary to new product managers in the US.

With an average salary of around $159,979, an Uber product manager qualifies as one of the highest-paid professionals in the United States. By working at Uber, you also qualify for additional benefits like flexible work hours and employee discounts, both of which come in handy.

As a product manager at the company, you qualify for additional benefits like vacations, health insurance, and employee discounts. Most Microsoft product managers also report getting cash bonuses which may be as much as $20,000 in addition to their salaries.

As clarified earlier, it’s virtually impossible to get employed as a product manager in any of these countries, as it’s a position reserved for a select few. If you’re ready to prove yourself capable, however, you can submit applications repeatedly and hope you’re called up for an interview.

When you compare the average salary of a product manager to that of someone working at Google, Uber, or Microsoft, you’ll notice that there’s a big difference. In the same vein, you’ll also notice that I emphasized how difficult it is to get employment at the companies mentioned above.

All of these are pointing to the same thing: the average salaries for the highest paying companies don’t truly reflect the state of the industry. If you’re willing to know how much to expect, you should search for the average salary for product managers in your vicinity.

In this section, I’ll list some of the highest paying states for product managers in the United States to show you the realistic salary outlook for most PMs.

One of the primary reasons why California is one of the best states to get employment as a product manager is the sheer availability of job opportunities. In addition to that, you also get paid decently, as companies always try to attract the best talents with decent pay.

The average annual salary for a product manager in California stands at $117,000, with the lowest earners getting around $85,000, and the highest earners around $162,000 on average. In addition to that, there are about 9,000 jobs in California, making it more than enough to go around.

Washington may not have as many available jobs as California but it’s an excellent company in its own right. There are about 2,404 available jobs that pay an average annual salary of around $112,000. It may also interest you to learn that specific parts of Washington pay significantly higher than others. 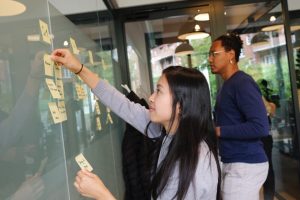 Product management jobs aren’t rare, but getting a job as a product manager in a big tech company that pays excellently is pretty difficult. However, setting a clear goal and working specifically to meet your goal will make it easier.

In this article, I’ve discussed the product managers salary in the United States as well as the highest paying companies for the same position.