While “Machine Learning Engineer” sounds like a cool job title, it’s important to note if it has a befitting salary to match. A cool job title doesn’t pay the bills; the most rewarding jobs in tech are always voted the best since better pay always equals better job satisfaction.

In this article, you’ll learn about the salaries of machine learning engineers, both for the United States in general and for individual states too. In addition to that, I’ll also outline some of the highest-paying companies for machine learning to help you set your goals better. 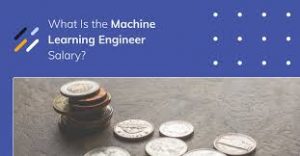 Depending on the seniority of your role, the salary of the average machine learning engineer can range from $88,000, which is the lowest, up to $195,000 for the highest-paid. However, the national average is somewhere around $131,001, according to an analysis of over 2,400 salaries by Glassdoor.

Compared to the average salary of $51,000 across all industries, machine learning sounds very rewarding. However, earning anywhere around the top earners will require intensive education and verifiable experience building mainstream AI projects.

Another advantage of pursuing machine learning as a career is the sheer availability of jobs. At the moment, almost every mainstream tech company in the United States uses machine learning engineers in some way. If you could secure entry into any of these companies, you’d be earning some of the highest salaries for any professional in the US.

Frankly, the amount of money you make as a machine learning engineer depends on what company you’re working for. While big tech companies pay outrageous amounts to their engineers at all levels, the reverse might be the case if you’re working for a less popular and underfunded company.

Apple is constantly in need of the best minds in tech and artificial intelligence to further its research efforts to cement its place as a leader in tech. To further this goal, Apple is offering about $174,753 average base pay to machine learning engineers to come work at the company.

In addition to that, many workers reported getting additional pay that may be as much as $17,000, which brings the average pay to nearly $193,000. With more experience at this company, you can level up to a senior machine learning engineer earning up to $272,690 annually.

In addition to the salary, Uber machine learning engineers can also access numerous other benefits, including, but not limited to mobile phone discounts and employee discounts. Since I don’t know a person who doesn’t use Uber, the employee discounts will come in handy.

Machine learning engineers at Google typically earn about $145,442 according to Glassdoor, with many other side benefits. In addition to the best-in-class stock and cash bonuses, you also have health insurance and a 401(k) plan when you work at Google.

New York is popular for some of the highest-paying tech jobs with the catch of an insanely high cost of living. If you don’t mind paying for the crazy-high rent, gas, and other necessary items from your $150,000 average annual salary.

However, moving to this state would be unnecessary for any machine learning engineer, as there are so many remote machine learning jobs out there. In short, you can simply work from wherever you are by actively seeking jobs marked “remote.”

California is blessed with numerous companies hiring machine learning engineers, making it one of the best states to live in as a professional. Depending on what part of California you’re staying in, your salary can range anywhere from $140,000 to $160,000.

You should note, however, that either of these salaries is better than the average for machine learning engineers. If possible, trying to get remote jobs that pay almost as much as on-site jobs will help you save a lot on commuting and relocation.