Java developers’ skills remains invaluable in our present world. Java is a high-level programming language that recently became the center of attention for many universities and colleges, creating a slew of graduates proficient in Java. If you’ve grown to love the programming language, you may want to dive into a career that involves using it all day.

Luckily enough, Java sees so much application that there’s a high demand for professionals with expertise in Java. Once the official programming language for developing Android apps, you’ll be hard-pressed to find job hunting difficult after qualifying for the role.

From the previous paragraph, you could already tell that qualifying to become a paid Java developer is the task here. In this article, you’ll learn some of the best ways to become a Java developer, as well as the job description for similar roles. 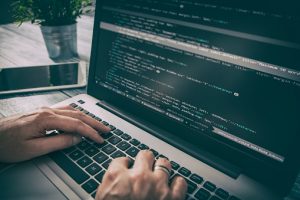 Java developers are professionals with expertise in the Java programming language that use this language to create, debug, and test programs. They work within website and app development companies to create both the interface and backend for websites and applications.

As a Java developer, you’re expected to determine what the users want by analyzing reviews and requirements. By comparing those with the objectives of the business, you can suggest extra features that the development team will implement in the app in the long run.

They may also be saddled with the task of creating documentation for programs and applications created primarily in the Java programming language. If any technical issues arise with a Java application, Java developers are usually the ones to respond.

Roles and Responsibilities of a Java Developer

Unlike a software engineer or a full stack developer, a java engineer is a pretty specific career in the development sphere. However, the fact that they’re masters in a particular language doesn’t make their job significantly easier than that of generalists.

On the plus side, you don’t spend decades trying to master different technologies as a focused Java developer. Once you master the programming language, you can easily adapt to it as further versions are released, until you become a part of Java yourself.

If you just got a Java development job, here are some of the roles you should expect from the job, judging from the experience of similar professionals.

Companies that design apps in Java can typically make do with a generalist that writes somewhat bad code, but that wouldn’t be ideal for mission-critical systems. The couple of seconds you save per hour on a computer might be the difference between six figures and seven-figure income reports.

Since Java developers are usually the best around, most companies that run their mission-critical systems on Java wouldn’t want a generalist to optimize their code. By hiring a Java expert, they expect you to be perfect while maintaining code for critical systems in Java.

Organizations that code in Java may hire a Java Developer to help test, debug, and analyze code written partly in Java. Since many game and app development companies use Java in conjunction with other programming languages, it’s no surprise that they use Java developers for testing and debugging.

In some cases, the Java developer will be in charge of pointing out errors in the program and fixing them. If they have a top role in the development team, the bulk of their work would be about testing, debugging, and analysis.

Documentations are necessary to help users of a specific program or app learn how they’re expected to use it. Typically, only someone well versed with how an app was created can write decent documentation for it.

In a firm that builds programs using the Java programming language, a Java developer is required to write the documentation for the programs. By working closely with the actual development team, they can determine what, and what not to write in the app’s documentation.

Academic Requirements for a Java Developer

Becoming a Java developer is a pretty straightforward process. Since the career is one of the most specific IT professions, you already know what to focus on when training to become a Java developer. While a college degree may be unnecessary, some companies do require it for employment consideration.

Thus, you should consider completing a degree in a related course before proceeding with your career. Some of the relevant degree programs to consider when aspiring to become a Java developer include software engineering, computer science, and data science degrees.

When studying for these degrees, you should focus naturally on software development, especially with Java. You can apply for internship and coding boot camps that focus on teaching Java development to cement your specialty as an expert Java developer.

Secondary Skills for a Java Developer

A bachelor’s degree in computer science won’t magically get you a job as a Java developer; you must demonstrate your expertise in the programming language, as well as the fact that you’re a team worker. Summarily, there are many other skills you need to possess when gunning for a Java developer position.

Before attempting to apply as a Java developer in any firm, you should ensure that you’re a good communicator, both orally and in written communication. If you suck at putting your thoughts into words, how are you expected to create documentation for programs created internally?

In addition to that, the average Java developer should have excellent analytical and problem-solving skills. Java is commonly used in machine learning and artificial intelligence, and your analytical skills must be top-notch to be considered for a position in a company that uses AI. 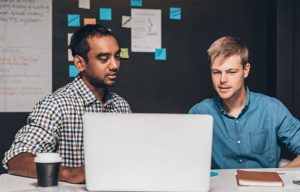 Java may be declining steadily on the popularity charts, no thanks to the advent of seemingly better alternatives like Flutter or React Native. However, this fact doesn’t mean Java developers are too; in fact, Java development will remain one of the top IT professions for some decades to come.

If you’re contemplating a career change to this profession, it’s not a bad idea. This article is an extensive guide to becoming an expert in Java app development, including the hypothetical career path from necessary academic qualifications to the necessary secondary skills.