Full stack engineers are also referred to as full stack developers in some set-up. There are many steps to creating a functioning website and there are typically different professionals that handle each step. 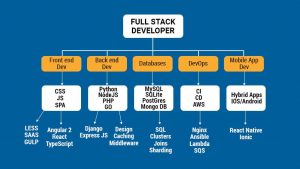 A full stack engineer, more popularly referred to as a full stack developer is something close to the jack of all trades of web development. They are capable of handling every part of the development process, from designing the UI to writing the code that runs the backend of the entire system.

Developers don’t usually graduate with expertise in full stack engineering; it’s usually the result of continuous learning, as well as extensive experience in the web development space. Since they’re usually the most experienced professional in the team, they’re typically helpers.

Understandably, your average full stack engineer won’t want to go jack of all trades, coding the website for a company from the ground up alone. However, full-stack developers can also help other developers in any specialty, regardless of whether they’re frontend or backend engineers.

As you’ll see in later sections of this article, a full stack engineer is much more than just a half-baked HTML and PHP coder. There are many other technical and soft skills which you must acquire for any organization to take you half-seriously.

Roles and Responsibilities of a Full stack Engineer

Full stack engineers can technically handle every aspect of web development themselves. While this should generally be a good thing, it also opens them up to many responsibilities, making them the busiest person in most IT departments.

If you’re looking to make the career switch to full stack engineering, here are some of the responsibilities you should expect as a natural part of your job.

Competent full stack engineers are usually tasked with helping in the process of developing websites and software. This is usually the case, thanks to the fact that there is an understandable rarity of competent developers that can develop for both frontend and backend.

They usually lead the development team, serving as an intermediary between the design team and the team developing the backend of the website or application. Since they have sufficient experience with both aspects, they can give useful inputs on the development process.

When developers are done coding an app, there is usually the need for experienced eyes on the program to point out errors. With specialized engineers, you will need multiple engineers to test for the frontend and backend parts of the software.

However, streamlining everything by concentrating it on a single full stack engineer won’t only help to cut costs, it will also help to speed up the process. If you are working as full stack engineer, you should expect to be tasked with significantly more testing and debugging tasks.

Full stack engineering has very little to do with academic qualifications. However, you can always use your college degrees to prove your proficiency in the craft without needing to show hundreds of projects. This doesn’t mean you should discount technical skills and hands-on experience when applying for related jobs.

If you want to go the academic route, however, you should consider opting for a course related to software engineering. Getting a degree in computer programming, mathematics, statistics, or software engineering will set you on the right path to being a full stack engineer.

After getting your degree, you should focus on getting relevant experience that will widen your scope of knowledge in the long run. Internships and boot camps are relevant places to gain the required experience to meet the requirements of most companies in a full stack engineer.

Here are some of the best secondary skills you should consider developing if you’re considering a long-term career in full stack engineering.

The ability to multitask and complete a multitude of tasks in a reasonable time frame is one of the sole functions of a master full stack engineer. Having similar superpowers to that of a full stack engineer while being mind-bogglingly slow is the same as not having them in the first place.

Full stack engineering requires working on multiple technologies that differ greatly. It’s pretty easy to mix things up across programs if you don’t pay attention to detail. If you’re planning to become a full stack engineer, you must become a bit more careful. 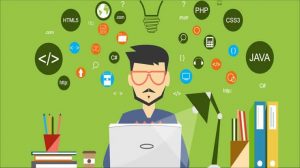 Being a full stack engineer is just as stressful as it sounds. You may be in charge of everything relating to development in your organization. To complete the responsibilities associated with full stack development in most companies, you’ll need many qualifications and skills.

In this article, I’ve outlined the necessary skills and qualifications to become a full stack engineer in the United States.